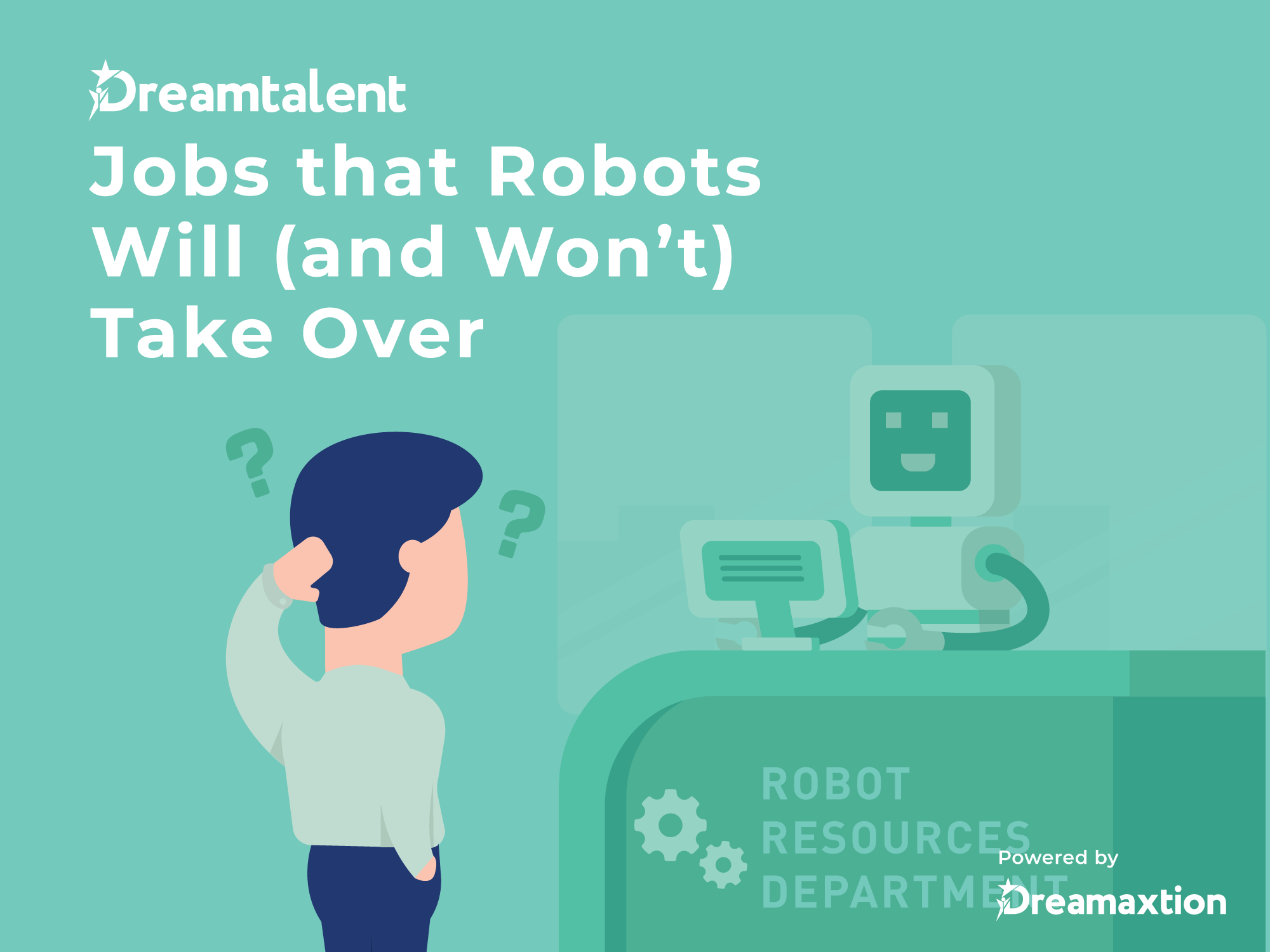 Robots may be better than us in some things, like manual labor, repetitive tasks, line production, error spotting, gathering data - okay, in many things. But there’s one thing robots can’t do - becoming human. AI, machine learning, and the horrors wonders of Industry 4.0 can’t be human better than humans themselves.

And the great news is that so many jobs require that very humanity. Creativity, empathy, and judgement are only a few of the human qualities that AI cannot possible hope to replace - at least for now.

In part 1, we talked about how AI could change the legal landscape by replacing paralegals. We also talked about how AI can never replace lawyers because their job is more than just memorizing laws and studying cases (that’s the paralegal’s job). Lawyers require not only prediction, but judgement and decision-making skills in order to perform their duties.

Lawyers must be able to create empathy and appeal to the reason of judges and the jury. Outside of the courtroom, they must also have negotiation skills for contracts. This need for complex argumentation and judgement means AI won’t replace lawyers, but it will certainly assist them.

It’s true that AI can compile data about a patient and detect physical symptoms better and more efficiently than human doctors. It may even make a diagnosis one day, but ultimately the judgement call still belongs to the doctors.

Medicine is more than just identifying symptoms and issuing drugs. Healing takes place mentally as well as physically. What happens in the mind can very well affect the body, and human doctors can use this to help the healing process and give a better experience for the patients. 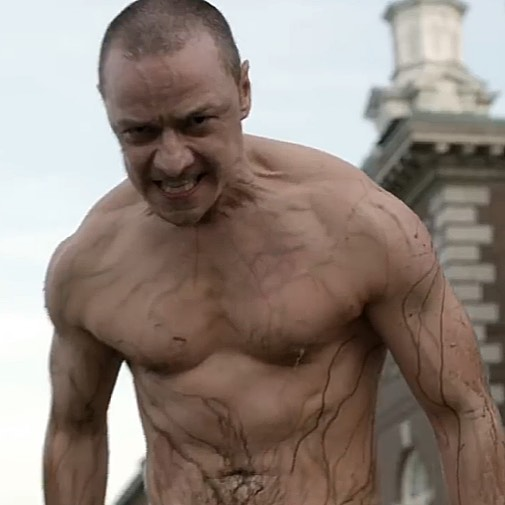 Probably not as dramatic as this, though.

Doctors can build relationship and trust with their patients, and the feeling of being cared for may be as curative as the drugs itself. A robotic doctor who just prints out diagnosis and medicine, on the other hand, might just leave the patient feeling abandoned.

Speaking of the mind...

Mental health counselors, psychiatrists, therapists. This group of profession deals with one of the greatest mysteries of the universe: the human mind. Decades of research and we still discover new things about our minds.

Mental health counselors rely on empathy and emotions to help their patients. An AI can assist in diagnosis or providing other data to assist the counselor, but it can’t offer empathy or share from experience. Only humans can tell other humans that they understand what they’re going through.

Teachers are our unsung heroes, because they teach more than just the curriculum. Especially for children, teachers are responsible for the development of people skills, emotional stability, and other life skills that only humans can understand and teach.

A robot may have the data but not the means to teach these human skills to children. It’s the teacher’s empathy that taught kids about the value of cooperation, it’s the teacher that sensed and asked them what’s wrong that helped kids grow into emotionally stable adults.

Human Resources Capital is the field that deals with humans the most - just look at the name. It’s important to acknowledge the immense benefits that AI could do to improve Human Capital, such as analytics which helps HC specialists to make better decisions for the improvement of people in a company.

Notice that AI improves and helps, not replace Human Capital. It involves more than just stamping slips and processing payroll. Human Capital requires the human ability for conflict resolution, understanding people, and of course, conducting interviews. Interviews are mainly to find out if you’ll enjoy working with this candidate, and for that you need a human to judge.

What’s so hard about applying makeup? Just program some a robot to recognize a human face and tell its arms to swing some powder and lipstick around, right? Turns out, applying makeup is not as easy as it seems. This is what happened when you let a robot do your makeup: 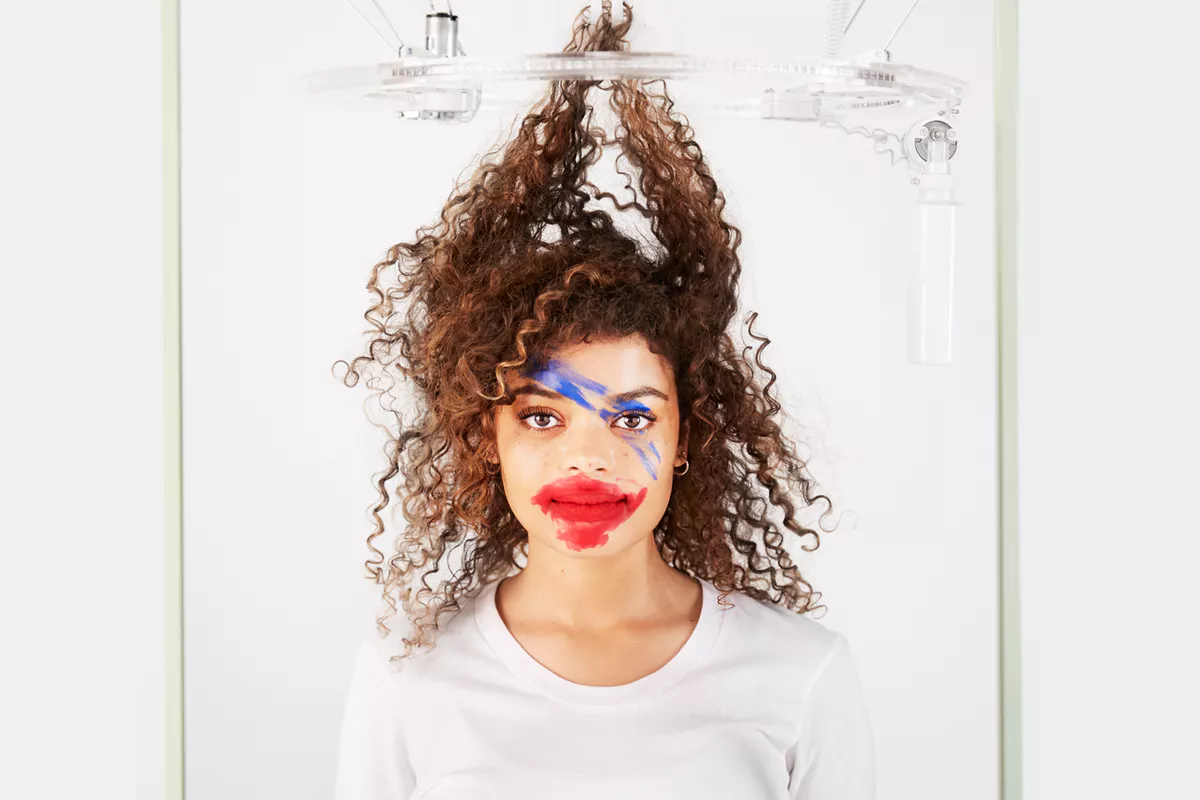 “Five minutes later, I resemble Pennywise from Stephen King’s IT.”

Makeup artists require a combination of dexterity (like a barber) and artistic ingenuity (like a painter). Most of all, makeup is a very personal thing for many people, and relies in the artist knowing and getting used to your face.

AI may very well develop the necessary robotic skills and facial recognition to apply makeup well, but given the relational element in a makeup artist’s job, it’s doubtful anyone would trust this very personal routine to a cold dead robot.

Being a software developer is not about knowing how to build, it’s what to build. AI may learn to write code one day - they kinda already did - better and more efficiently than humans, but it’s still up to human developers to use critical thinking and judgement to take in all the business and functional factors to decide what to build first.

An important aspect of software development is design, more specifically UI/UX. Software is designed to meet the needs and to be used as easily as possible by humans, and only humans know what humans feel.

Besides, an AI can’t write itself. When it reaches that point, they might not need humans anymore. 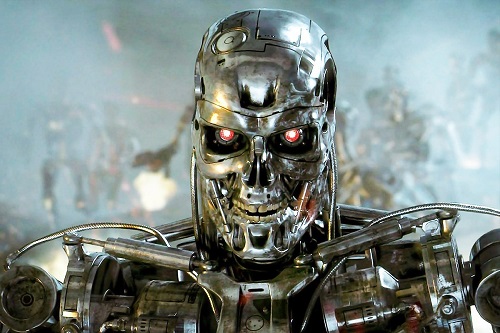 The C-suite, or the top positions in a company, is also one of the jobs that rely most on human qualities: leadership. Leadership itself is super difficult to teach to humans, let alone robots. This position requires empathy, charisma, and social skills to successfully lead groups of people towards a goal.

Executives also must craft a lasting business strategy and serve as the face of the company to stakeholders and shareholders. Needless to say that besides AIs lacking strategizing abilities, nobody would be happy following the orders of a robot.

What is more human that art? Music and paintings are created from emotions and experiences, fear, hope, love. An AI may emulate such feelings, but in the end they are but programs and not genuine like a human’s.

The AI can now make beats and even assist in song production, but they can’t write lyrics that’s inspired from significant events in someone’s life that we can relate to. The AI can generate semi-good graphic designs cheaper and faster than a designer, but the artist is what separates art from CGI.

The human imperfection is often what makes art so special, so this is where the AI’s perfection will be undesirable and unmatched by human artistic talent.

Given that voice recognition and translation software is still not yet perfected, AI has a long way to mastering the complex intricacies of grammar. Not the mention idioms, humor, and other linguistic devices that takes humans their entire childhood to learn.

Writers draw from emotions and experience to create a literary work. The individuality of humans gives writers distinct styles and voices. AI learns from existing data, while creativity forms ideas from outside of the box.

This blog will remain written by a human, at least for now.

The changing, AI-driven landscape of jobs is real, but the AI threat is not as bad we might fear. After all, the advent of artificial intelligence will create more jobs that it replaces. At the worst, we’ll have to commit to self development and move on from the old world and master the skills of Industry 4.0. The humans still have the upper hand - for now.