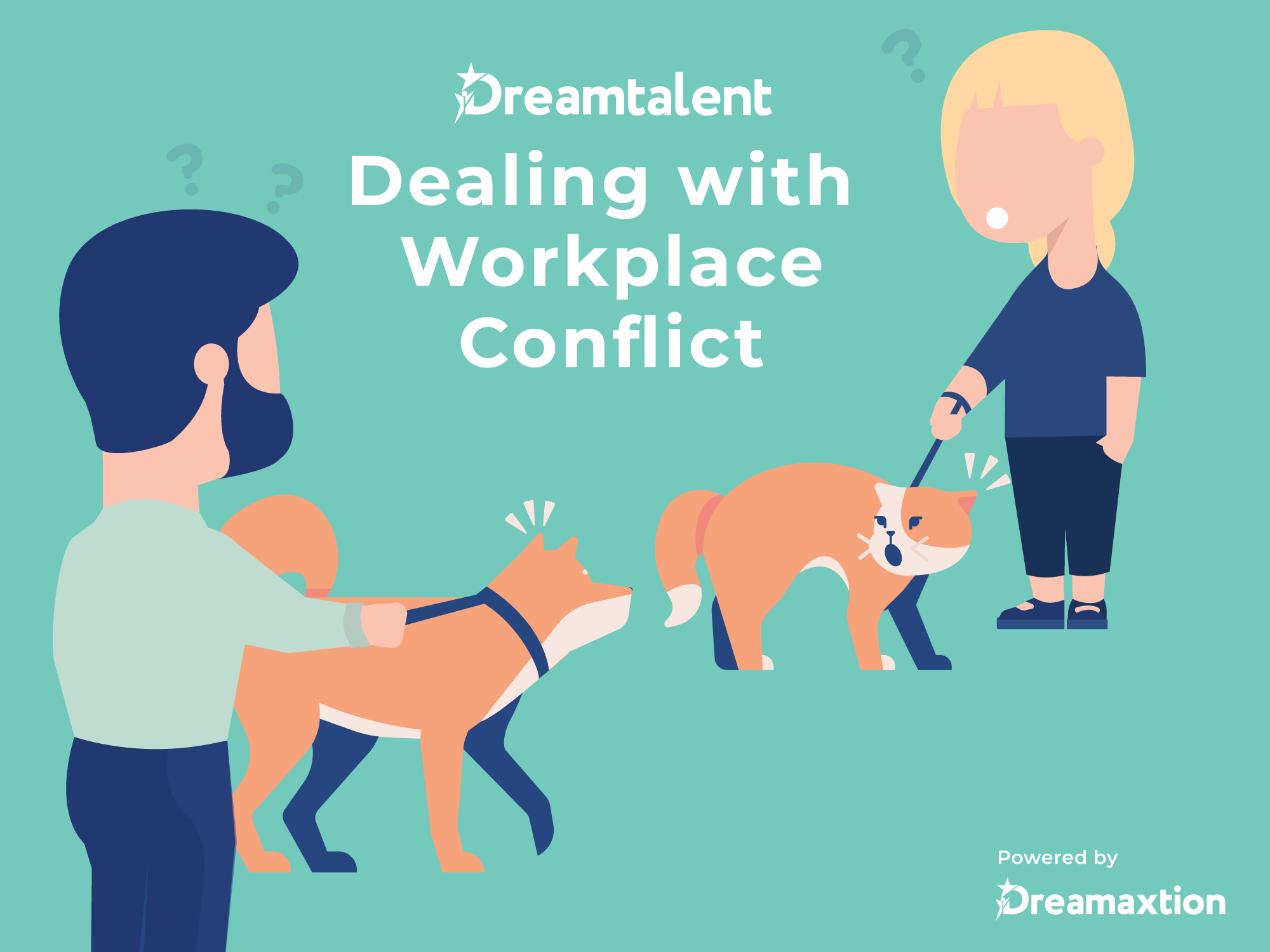 It’s a nice day in the quiet office, and you’re just minding your own tasks peacefully. Suddenly, you hear a ruckus and rising voices on the other side. You might be glad you’ll have nothing to do with it, but you will someday, because conflict in the workplace is as inevitable as death and taxes.

Well, probably not that grim. To put it in a more positive light, workplace conflict is simply part of life. Either in the form of mild disagreements or all-out debates where things may get messy, conflict is natural, necessary, and allows you to grow and learn.

Ignore it, however, and conflict will snowball into something worse that will really make life difficult for you at work and outside — like death and taxes. So what’s the deal? How can you work out conflict in the workplace, especially when you’re caught in the middle?

To deal with conflict, we must first understand it. Since we already know how unpleasant it feels when conflict comes up, let’s talk about how it might come out in the first place.

How many times have people been offended by unintended words? Or how often people realized fighting was pointless as soon as meanings were clarified? Miscommunication or lack of communication is a very popular instigator of conflict. All the time, what was meant was not said properly or interpreted inaccurately. And sometimes you just can’t help this happening.

Do opposites attract? Not really. Opposites oppose, especially when they were put to work together. Different styles of communicating, working, and thinking are all breeding grounds for potential conflict, especially since no two personalities are the same.

Surprisingly, people are also likely to form animosity with those who are similar to them. How is that? While similarity means easier bonding, it also allows us to start comparing ourselves to them — rivalry. Healthy amounts of rivalry is great to keep the challenge going, but turning rivals into enemies is anything but good for you.

Psychological safety is when it’s okay to be vulnerable and open. Lack of psychological safety is the exact opposite: shooting down people’s ideas or shaming them in public is just asking for conflict to happen, especially where being defensive is more safe than opening up and attempting reconciliation.

Emotional intelligence (EQ) or simply called empathy is the ability to recognize and keep control over your emotions. By not recognizing how other people might feel by your words and actions, low EQ may easily be interpreted as insensitivity, and the inability to keep your emotions in check may result in flaring temper, all of which is bound to lead to conflict.

Why should I care?

Even if you’re a tough guy or you scored low in Compliance and don’t mind conflict, it still takes a toll on you (and other people). Unhealthy and unresolved workplace conflicts can bring a bunch of consequences that complicate life in and out of work. 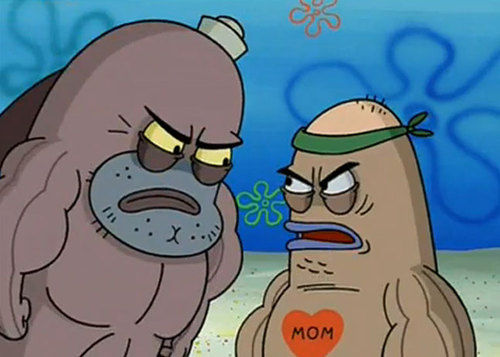 How tough are ya?

Bad for your performance

Your performance has been dropping lately, but how could you help it when you couldn’t stop thinking about how your rival started an argument yesterday, who is now sitting right next to you? Even when it’s passed, unresolved conflicts make it impossible to focus and deliver results when you’re stressed and have wasted your mental energy just thinking about it.

Bad for your health

The emotional cost of conflicts on top of pressure from workload (and life) is going to take a mental and physical toll on you. Not getting enough sleep, losing your appetite because your mood is ruined are only a few examples. Hopefully the pressure won’t escalate into worse things like depression.

Bad for your career

It’s not uncommon for people to resign and look for a new job because of bad relationships and conflicts. Gallup found that half of employees have left their job just to get away from a manager. It’s such a shame to allow a nice career that you like working in to be spoiled just by unresolved conflicts.

What can I do?

Deal with it. That is to bite the bullet and face it, instead of pretending it didn’t happen. Burying your head in the sand and ignoring conflict is the easiest, but also the worst. Instead, look for (potential) conflict and preemptively diffuse it before it happens. But if you already found yourself caught in the middle of a conflict, it’s not the end of the world.

Remember: conflict is only natural. It’s just human nature. Sure it’s unpleasant, but if dealt correctly, both you and the other guy will come out having learned something out of the conflict in the workplace.

Pause and take a breather. Sometimes conflict can escalate into emotional shouting contests, but rage is irrational and you won’t be able to think clearly while you’re angry. So sit down and allow yourself to think.

Take a time out if necessary. You don’t want to say anything you’ll regret in the heat of the moment. Once you (and them) get your head together, you can move to the next step to resolve the conflict.

2. Figure out the problem

Now that your head is clear, think about what caused this conflict to happen. What was the argument originally (or actually) about? Making sense of the root cause is useful to keep you from getting carried away by emotions (again) and set an objective state of mind.

First, it’s cathartic to speak your mind. The argument may start because your colleague made a mistake, but the real reason may be because they made no effort on themselves since a long time. Second, being honest about the problem lets you to actually move on and resolve this conflict favorably.

Ideally by this point you and them have moved on to take steps towards resolution. But if you still can’t get the conflict moving on your own, get someone else to mediate. It can be a colleague, a manager, or, as a last resort, HR.

An unbiased and subjective view should help both of you get on the same level and working towards resolution, but this is likely to also escalate the conflict by bringing a third party. Don’t bring in anyone else unless necessary, so try to deal with it between the two of you.

Conflicts are where empathy is going to be most useful. How is that? Well, if we break down your conflict (or any other conflicts), it all comes down to conflicting interests. You know what you want. But do you know what the other guy wants? And why would you care what they want?

By putting yourself in their shoes, you can propose a win-win solution because now you know what both of you want without having to bring a mediator in. When the other guy knows that you’re understanding, they may also be more receptive towards your efforts in resolving this conflict.

If your efforts to resolve the conflict peacefully were met with uncooperating resistance from the other side, don’t sink down to their level. Take the high road and know that you were the bigger man, and move on.

At this point, the only viable option would be to escalate the issue in order to resolve it, but people will know that you were the one who made an honest effort for pax. Some conflicts may not end easily, but at least you kept your class.

An easy way to understanding other people is to learn their personalities and their own styles of communicating and working. Dreamtalent can also tell you the right team composition to maximize synergy and minimize conflict, and which personalities would complement each other’s strengths in a team.