What to Expect in a Startup Job 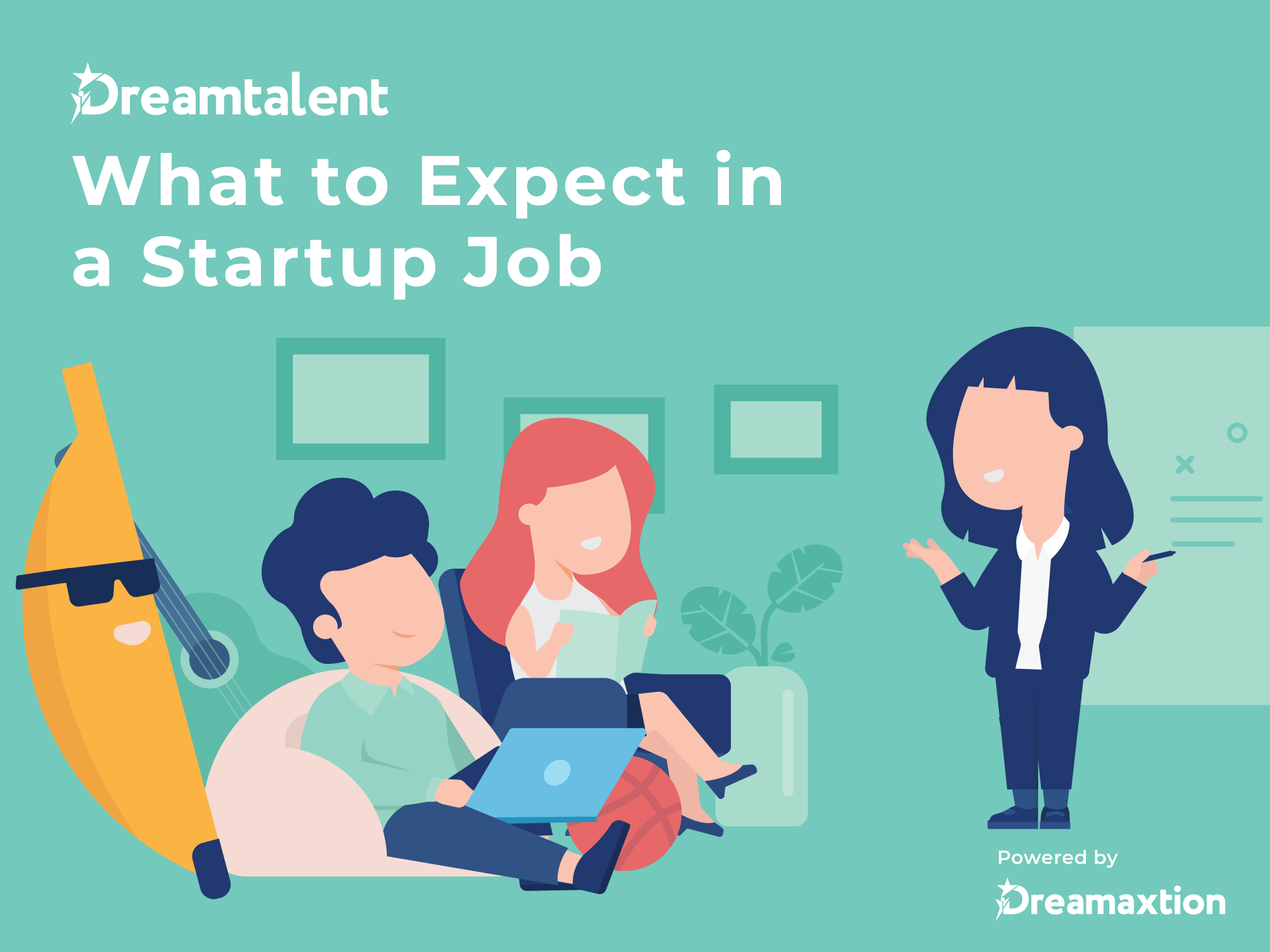 If you’ve been watching movies like The Social Network (2010) or The Internship (2013), the word startup would bring forth images of hoodies, bean bags, headphones, and hoverboards. T-shirts, slides, and foosball, the stereotypical startup office looks more like a frat house than a place of work. 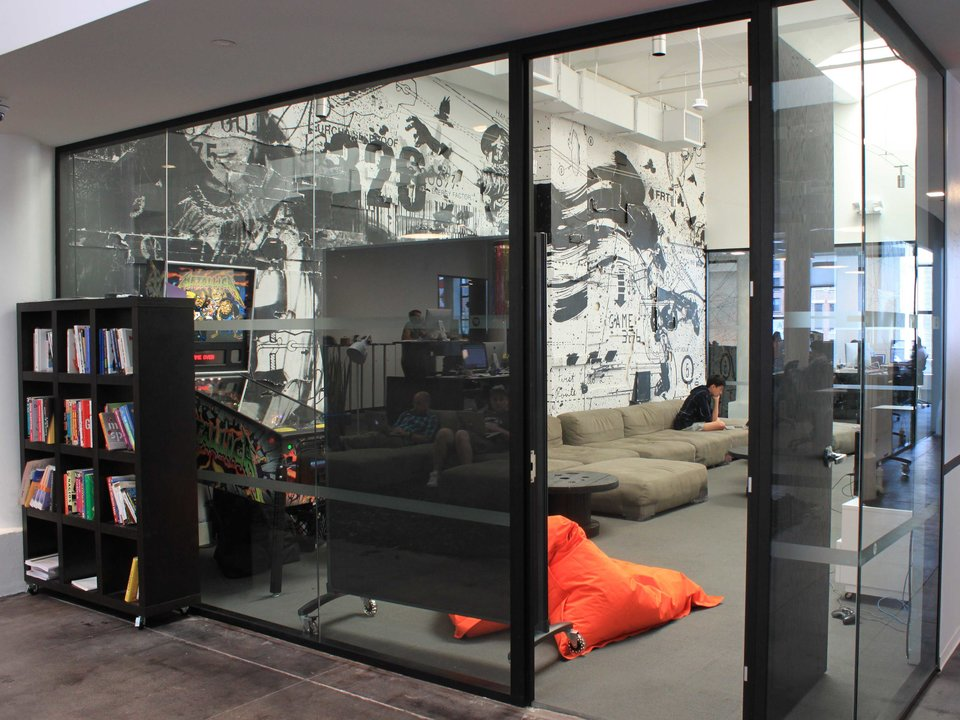 To many, the startup life can look more colorful and easygoing than the grey-cubicled corporation — in many respects, that is true. But working in a startup goes deeper than the superficial, and its perks come with their own challenges.

So, what even is a startup? What can you expect if you’re considering a career in one? And more importantly, is a startup job the right one for you?

What is a startup?

A startup is often young, small, and a technology company. However, these aspects alone don’t mean a company fall in the category. A newly founded company isn’t always a startup, since lots of entrepreneurs start companies with the thought of selling it later.

The real meaning lies in its name — a startup is a company with high growth potential; as soon as it starts, it must grow up.

The high potential for growth is what startups are all about.

In that sense, an offspring venture from a big corporate group and a company set up by a single guy can both be startups. It doesn’t have to be tech-oriented or built in a garage, as long as it has high growth potential.

Growth is heavily emphasized because of a common factor among all startups: starting small, which means a risky journey towards becoming a full-grown company — if they survive. This is perhaps the most prominent factor that differentiates what working in a startup is like: colorful, hectic, dynamic, creative, and uncertain.

Why work in a startup?

Despite its challenges, chances are you’re interested in seeking a job with a startup for the following reasons:

You want to learn

What takes years of rank-climbing in large corporations can be learned in a single year working in a startup. As part of a small team with ambitious goals for growth, you will work the jobs of multiple people. It’s a lot of work, which also means a lot of experience in such a small amount of time.

You want a change

Many corp jobbers have grown disillusioned with being stuck in a rigid and faceless corporations, especially among them the vivacious millennials. When you are tired of years of meaningless work and becoming a corporate zombie, a buzzing startup environment looks like a perfect opportunity to change the pace.

Pros and cons of a startup job

Don’t expect a standard 9-5 shift. CEOs basically sacrifice sleep to build the company from scratch, so expect long and often irregular hours if you’re working in a startup. Everybody would need to dedicate a little extra time and energy since you’re such a small team doing the work of an entire company.

Abnormal working hours also mean more flexibility. Many startups, free from the rigid, traditional corporate views, offer flexible hours because they understand that results could be independent from time spent in the office.

Working hours in startups are long but also flexible.

You could come in at like 1 in the afternoon or even work from home, as long as you deliver. So there’s a lot of freedom in setting your own schedule, deciding for yourself to work at the time you’re comfortable and most productive (not everyone is a morning person, after all).

As a newborn business, startups must secure its survival as well as growth. Being in the development phase and generating no revenue yet, startups can’t afford to pay you extravagant amounts. Even if your skills would grant you a higher pay in a big corp, you won’t get paid that much in a startup — at least at first.

To compensate this, startups offer other benefits to its employees. This could be food, a lounge, infinite coffee, or casual dress code. A more significant perk is equity. It’s not uncommon for startups to offer equity to its founding team members, which would pay off immensely for the risk you’re taking for sticking with the company in its fledgling years.

A startup is all about agility — nothing stays the same for long. It needs to shift quickly depending on how the market moves, so the major project you’ve been working on might be put on hold, and you’ll need to adapt quickly to work on another major project.

While it can suck to have your project postponed, having to move all the time is how you learn a lot in a short amount of time — something you don’t get from working in a big corp. It’s also an active and non-boring way to work on different things (sometimes at the same time), which is a popular reason why people want to work in startups.

The CEO of a startup stands for Chief Everything Officer. Okay, that’s not true, but working in a startup is essentially doing multiple jobs in order to succeed with a skeleton crew — while you should be able to do many things, you’re also the only one with your expertise. That’s a big responsibility, pressure, and hard work.

But what’s beautiful about having huge responsibilities is that it actually pays off. In a big corp, you’re just one out of a million cogs that nobody would feel anything if you left. In a startup, everything you do will impact the company and everything around it directly. Isn’t it nice for your work to have meaning and purpose, and to see the results of your work with your own eyes?

Another thing that makes startups an attractive place to work in is that you can be free. Unlike in the typical corporations where you’re chained up in micromanagement under the autocratic manager watching over you like a hawk, startups require you to be independent in order to maintain its agility.

You get to set your own pace, make your own decisions for yourself, and work with your own way. If you wanna be creative, there’s no corporate policy stopping you. This means that you need to be self-managed and able to own up to your mistakes, but you also get to be yourself and reap the rewards of your hard work.

The perks of being in a small team include how much easier it is to get closer with people. You can actually get to know them as a person instead of just a last name in some department. You get to be treated as a human being instead of a number on a payroll, and balance out hard work with a fun and casual environment with creative and open-minded people.

Without office politics, being part of a startup means you can grow together and learn together with your teammates. While this depends on the culture, startups tend to be a better place for your soul. After all, working in a swing chair with plants on the wall beats the grey cubicle any day.

Working in a startup may be a challenging start, with heavy workload and hectic environment, but everything pays off later when the business finally grows. It’s a risk-taking move to join a company from scratch, but one that would be worth it later.

Other than that, working in a startup is a refreshing break from the grey cubicle. A colorful office, energetic people, having conversations with the CEO, and being treated as a human being is worth the extra energy commitment.

That said, there’s nothing wrong if you prefer the more stable and clear corporate environment. Startup or not, it all depends on your preferences, personality, and working style. Find out your results with Dreamtalent and see if you’ll be happier in a startup or a corporation.