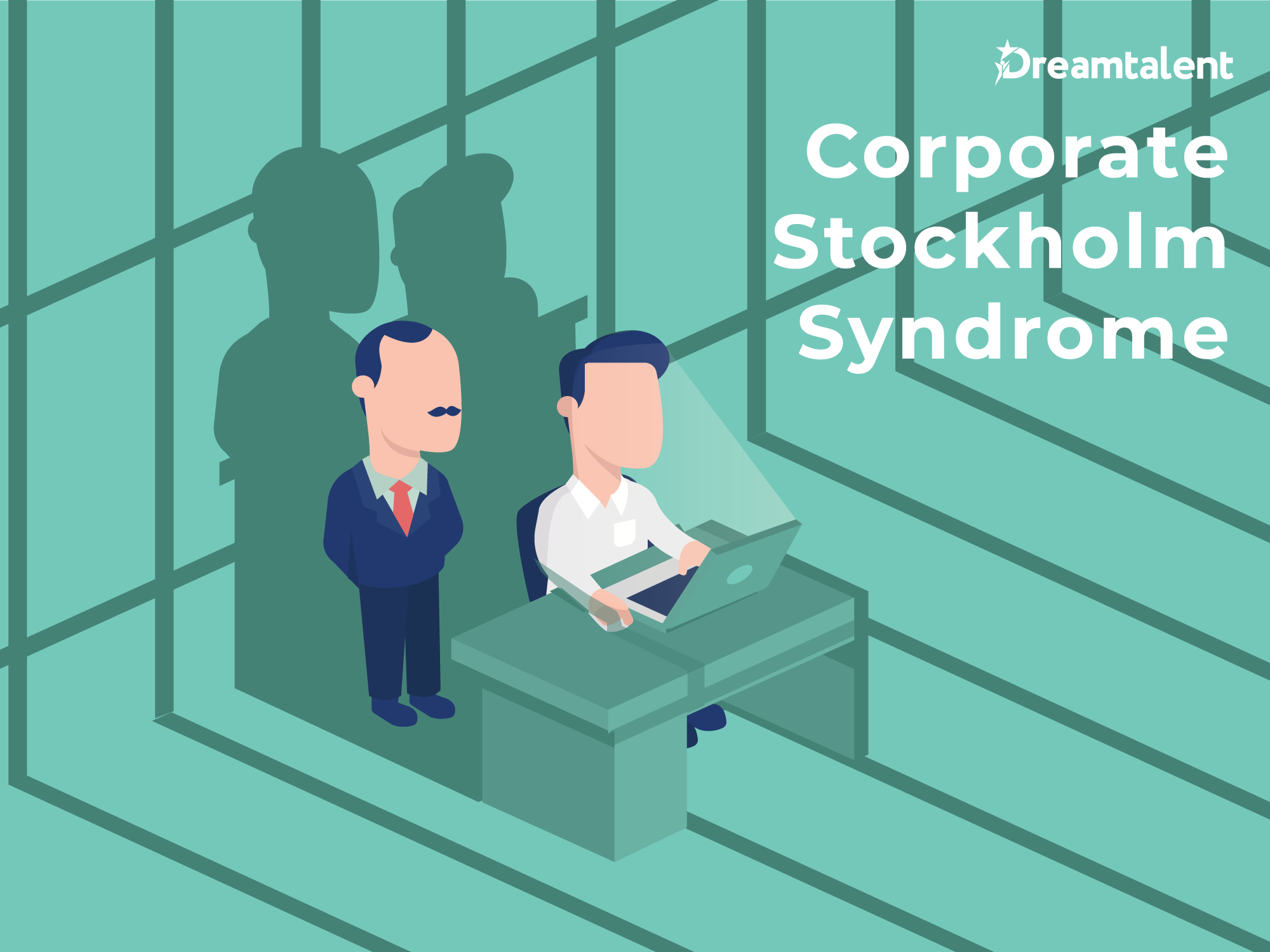 In a failed bank robbery, a criminal took four people hostage. He kept them for almost a week at gunpoint, threatening their lives and was generally being violent. When the hostage situation ended and the criminal was tried, however, all four victims wanted to defend their captor and even raised funds to pay for his lawyer. This event took place in Stockholm, 1973 and it was so strange (especially to psychology experts) that the term Stockholm Syndrome was named after it.

Several other kidnappings and hostage-takings later would also see victims sympathizing with their captors, even after they were physically and mentally abused.

And if that’s not weird enough, this mentality of sympathizing with people who abuse you is actually quite common in the office, and it’s called the Corporate Stockholm Syndrome. What is it? Why would anyone think like this? And if you find yourself in this situation, what can you do to escape?

What is Stockholm syndrome?

Stockholm syndrome is a state of mind where hostages would form a strong bond with their captors, which is an irrational reaction to a source of threat. This emotional attachment grew from the defense mechanism triggered to survive — if I act nicely towards the antagonist, he might let me live. Stockholm Syndrome then develops when the victim, afraid that their attitude may be seen as fake, starts genuinely believing their positive sentiments towards the captor.

If I act nicely towards the antagonist, he might let me live.

As we learned in the last article on psychological safety, defense mechanisms like these are triggered all the time when facing everyday threats. A workplace with a toxic culture could be psychologically similar to a desperate survival situation, and the perceived hostage may have no choice but to appease the bully or bad boss, inevitably developing the aptly-named Corporate Stockholm Syndrome.

Corporate Stockholm Syndrome happens when employees, who have been abused, bullied or harassed, develop a very strong sense of attachment and loyalty to the ones who mistreated them. These employees would gladly endure, often rationalizing the harm they receive, and even defend the antagonists by attacking those who question their negative behaviors.

Employees would form strong attachment and loyalty to their abusers.

Why? To protect their live(lihood)s being held hostage by the boss, much like the actual hostages in Stockholm, who felt powerless and without options when put in such situations. 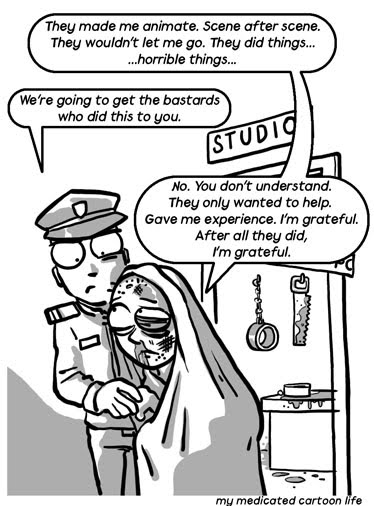 If you think that’s a bit hard to believe, recall your conversation with a friend who hates his job and feels he’s not being treated right. Then watch his reaction when you tell him to quit: suddenly he’d come up with lots of reasons to stay — what about the money, it’s not that bad, a resume gap is worse, etc.

That should sound familiar, or maybe even you have had similar conversations. If so, you might be at risk of Corporate Stockholm Syndrome. What are the symptoms and what can you do about it?

What are the symptoms?

1. There is a threat

The lack of psychological safety creates an environment full of threat and fear: a toxic culture, featuring office politics, internal factions, lack of trust, and a status quo that encourages negative behavior. And this toxic culture usually comes from the top —  a bad boss who abuses his power to mistreat subordinates and, especially, exploit his control over them.

Micromanagers watch over their subordinates like a hawk and control every little aspect of their work —  what can they do and who they talk to must be with the boss’ permission. Like in hostage situations where the captor dictates meal time and even toilet time, this excessive control over vital necessities leads to infantilization — employees know their jobs are in the hands of the more powerful boss.

This results in a strange combination of oppression and dependency. On one hand, you feel shackled, restricted, and mistreated, but on the other hand, your abuser is also the one who “gives” you the job (your salary) and all the permissions that you need.

2. The need to survive

Up against someone you can’t fight, your only option is to survive by any means. Where the hostage will try to appease the captor in order to get on his good side, Corporate Stockholm Syndrome involves the same thing. Employees would simply accept the abuse they receive and become yes-men in order to gain the favor of the boss and, hopefully, make him stop.

As you go deeper into this mentality, something interesting happens: the employee starts actively defending their abuser. If someone steps up and challenges the mistreatment that’s been going on, employees would actually side with the abuser and discourage the guy from questioning and trying to make things right.

This misguided loyalty could be attributed to the misconception of the abuser’s kindness. After being subject to so much negative treatment, the employee would start seeing it as the new ‘normal’. Then, when the abuser fails to dispense punishment or gives a slight reprieve, the “kindness” would look exaggerated.

If you have no option but to endure abuse in the workplace, might as well rationalize it and maybe it won’t look as bad. Employees would start justifying or denying the scoldings and mockings they receive: this teaches me to be strong, it’s for the best, they didn’t mean it, there must be a reason behind this, this is the price for this opportunity, it’s all just part of the game, et cetera, et cetera.

Tell yourself something for long enough and you might just start believing it. When hostages worry that their kind attitude towards the captors might be seen as fake, they started taking it seriously. Though they may insist deep inside that this is only a means to survive, soon enough they develop a real sentimental connection.

The same goes for employees. After rationalizing abuse for so long, they start believing their own justifications: that the abuse really is for the best of the company, that it really is just part of the job, that it really is a normal thing to experience. 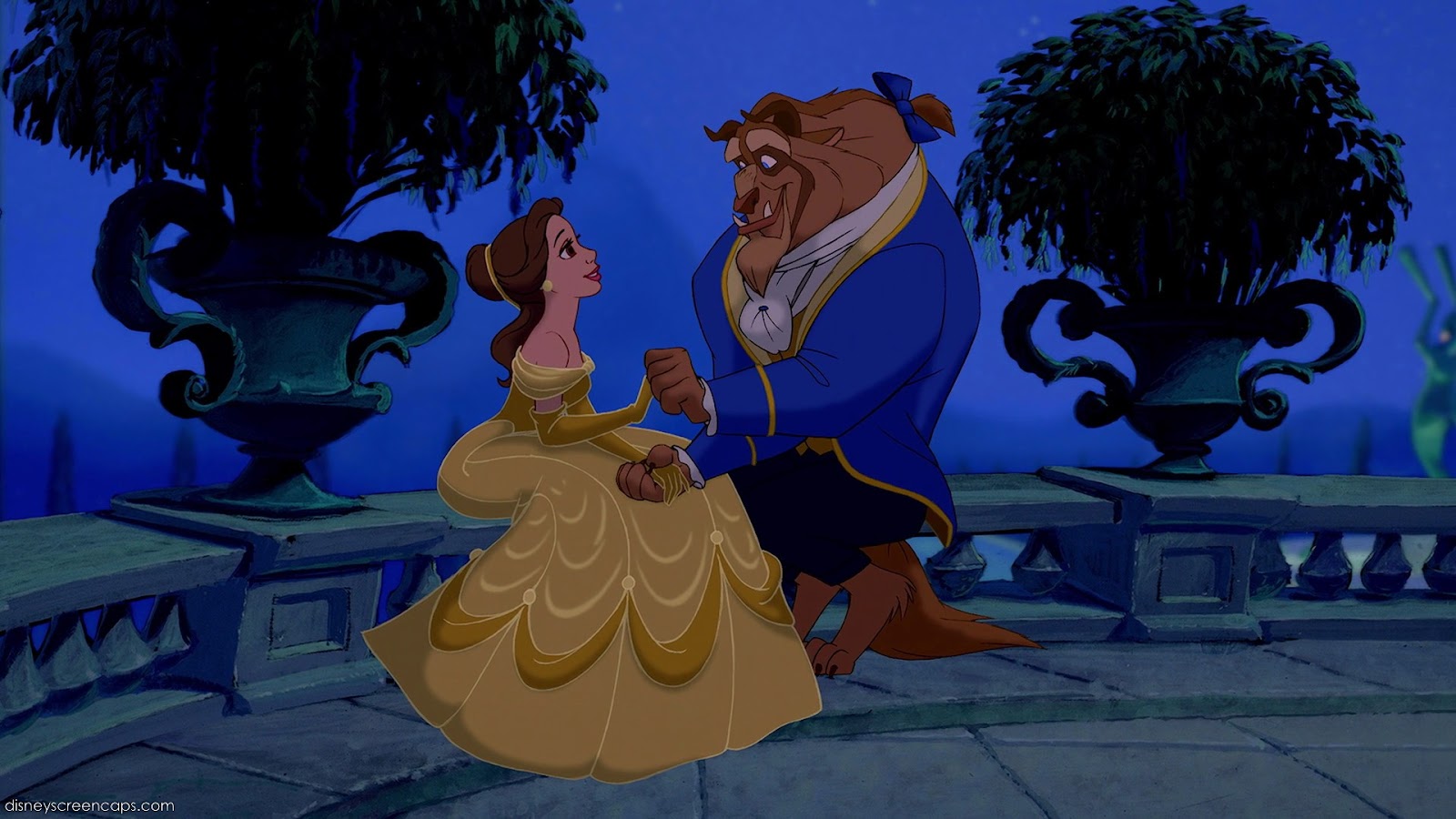 Could this be Stockholm syndrome?

The most prominent symptom of Corporate Stockholm Syndrome is the perceived powerlessness of the victim. When the abuser is someone higher in the corporate hierarchy, which is usually the case, employees feel powerless going against their authority. In the case of hostage situations, this is true — the captor has a weapon. But things aren’t like that in an office, even with a toxic culture.

It’s a job, not a siege. You’re not being held at gunpoint. You always have a choice, there is always a way out. The fact that people forget this in their hopelessness is why it’s so difficult to overcome the syndrome. But if you remember that you have the power to choose your own fate, then you’re already starting to break free from this unhealthy mindset.

How can you cure it?

When you feel that you’re rationalizing the abuse you’re getting — or if you don’t even realize you’re rationalizing, but you know something’s not right — talk to someone and get an outsider’s perspective. Friends, family, or the company psychiatrist would give you an honest reflection of the treatment you’re receiving in the office and point out that it is in fact abuse. Getting help to break this irrational mindset is the first step to break out from Corporate Stockholm Syndrome.

Put it out on the table and talk it out with the abuser. Most of the time, bullying and its derivatives happen because the victim is passive. If you show them that you can stand up for yourself and defend yourself, it might be enough to turn the tables. Bring it up, tell them how you don’t like being treated, and tell them to stop.

Do keep in mind that if it turns into something like a conflict (which it could), keep your cool. Don’t fight abuse with abuse, because your restraint will be useful if this confrontation escalates to include third parties.

Workplace abuse, from verbal to performance-related, is a real issue and is taken seriously. That’s what HR is for. Remember that it’s not a literal hostage situation and you have means to fight back for yourself. If talking to them isn’t fruitful, file a formal complaint and escalate the issue, and get support from other people in the company.

A move like this is considered the ultimatum, the last resort. While it usually does the trick, if the culture in your company is especially toxic and escalating it will just get you to further trouble, then the only option is to…

Life it too short for meaningless jobs. We keep saying that jobs take over a third of our lives, and there’s no point in spending that 33% in a place where you feel miserable. No job is worth sacrificing your health, mental or physical. Know when to quit, and know that it’s okay to move on to a better environment.

But what if I’m unemployed and become homeless? What about the CV gap? There are always other jobs there — you’ll just have to find the right one for you. Explain to recruiters why you quit, how the culture before was toxic, and how you tried to mend it. A better question to ask is this: if things won’t get better, is staying there worth it?

Prevention is the best cure

We recognize that Corporate Stockholm Syndrome is a serious issue. Rather than struggling to get out of it, it’s much better to not fall into it in the first place. This is why we built Dreamtalent to help talents, such as yourself, find the right career and the right company that fits your personality, your working style, and your personal values, where you can not only feel fulfilled and be more productive, but also be happy.