How To Build Psychological Safety In Your Team 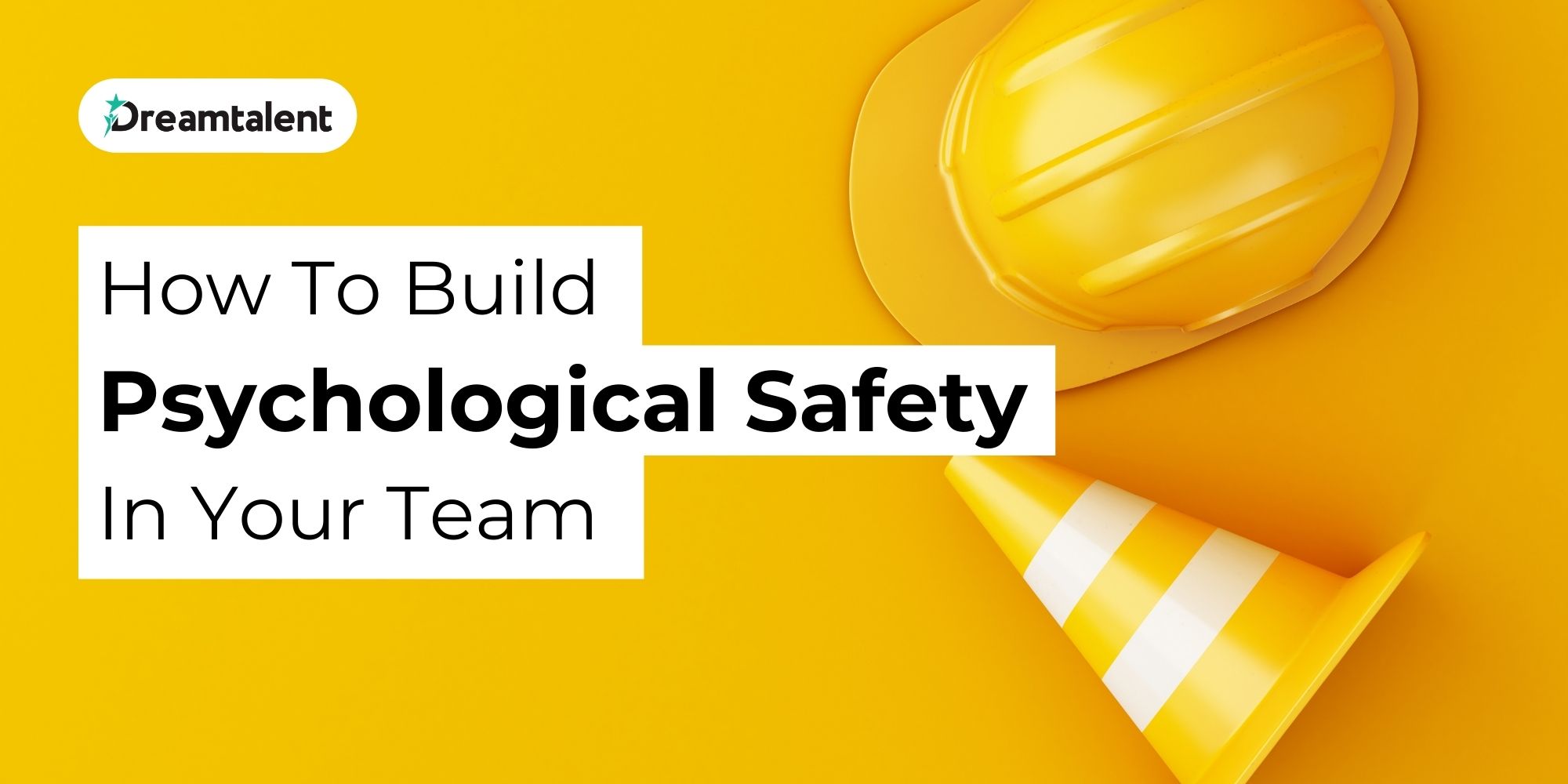 Turns out, it’s not that better hospitals don’t make more mistakes, instead they report their mistakes more honestly than lower-performing ones.

The willingness to talk about your mistakes is made possible with psychological safety. It’s the key to a strong team who isn’t afraid to be honest, and who would give the best performance for your organization.

What is psychological safety?

When we perceive a threat (such as being embarrassed in public), our brain activates the survival instincts and all reasoning goes out the window. What do these “threats” look like in the workplace?

It’s a terrible feeling, so our brain would rather just avoid it altogether. But to succeed as a team, criticism and mistakes are necessary. So how can leaders build a team who can admit mistakes and accept criticism openly, without fear?

Psychological safety is when it’s okay to be vulnerable, when your team feels safe taking interpersonal risks: to admit mistakes, to give feedback to their superiors, to disagree, to propose ideas, and to be open and honest in front of the other teammates.

These are all behaviors required for your team to create great ideas, make breakthroughs, and give a much higher performance.

The benefits of psychological safety

In an internal study called Project Aristotle, Google found that the #1 reason for their teams’ success is psychological safety.

Can we take risks on this team without feeling insecure or embarrassed? 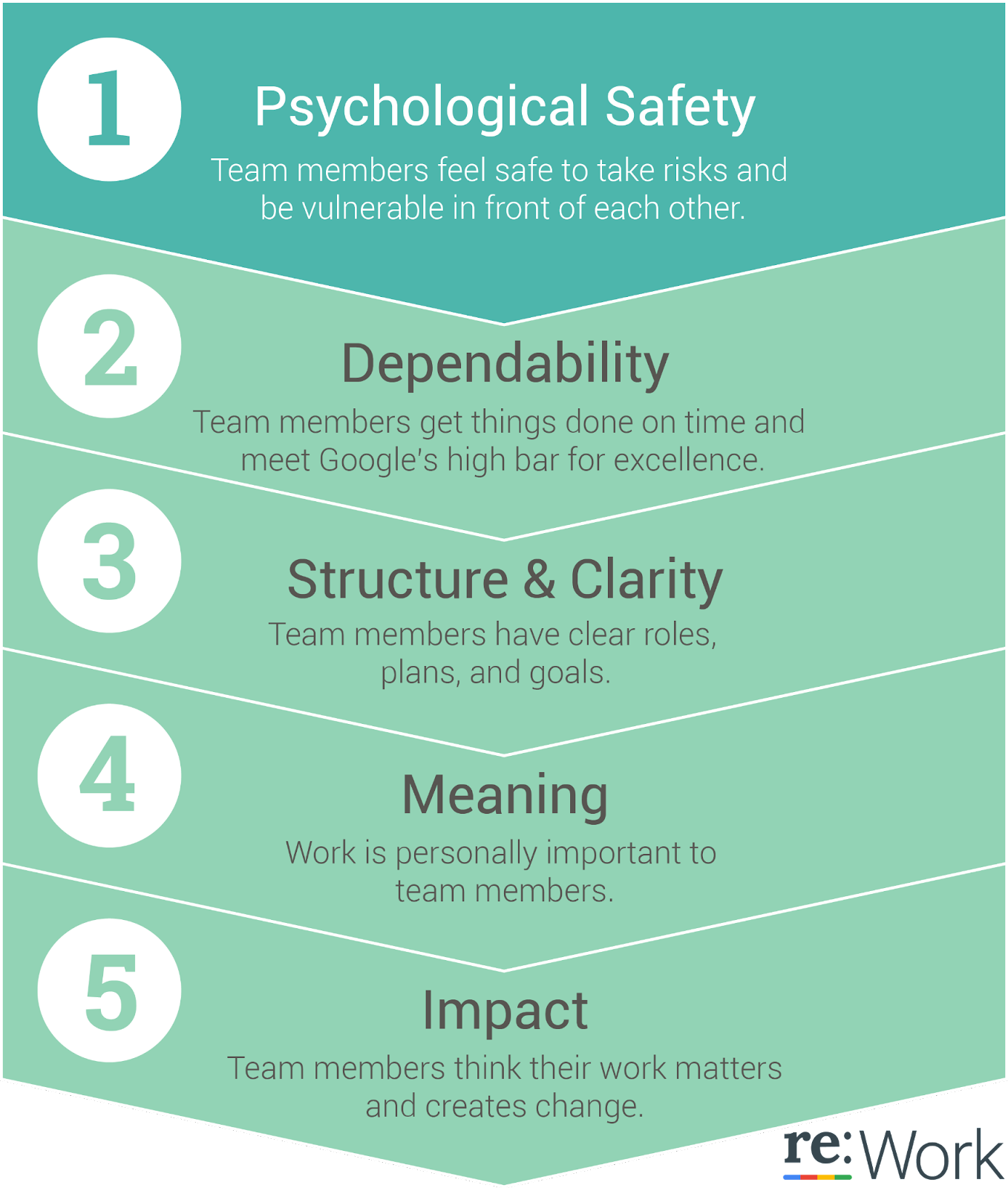 From re:Work by Google

Thanks to psychological safety, Google’s teams are far more eager to pitch in ideas, try out new things, and take risks without fear of being shamed by teammates. Talents are engaged, motivated, happy, and thrive in an encouraging culture.

This leads them to generating great ideas, producing innovation, and propelling Google into a global leader.

Or in terms of numbers (by Gallup), psychological safety translates to:

The learning zone provides balance between hard work and safety. Here, your team is empowered to take interpersonal risks — asking questions, being honest, learning things — which results in growth and of course higher performance. This is where psychological safety takes you. 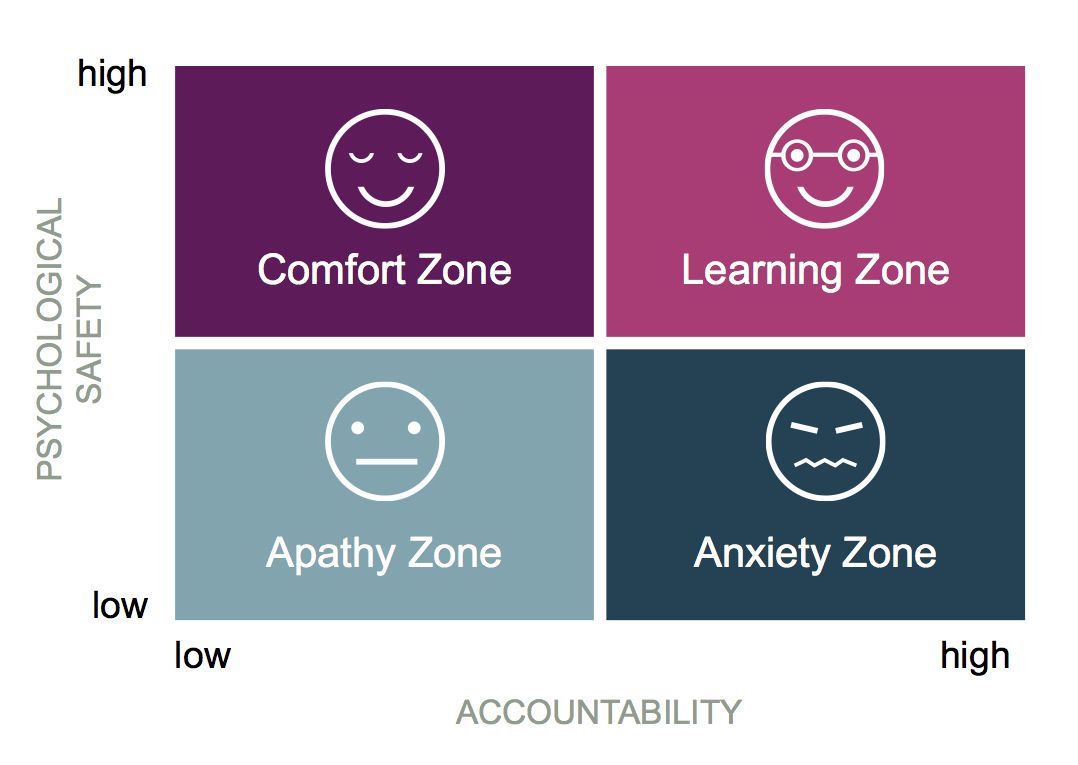 How to build psychological safety in your team

This is the first step in Change Leadership. In order to bring your team on board with this change, you need to create a sense of urgency and let them know what to expect ahead.

Tell them that you’re bringing them out of the comfort zone, that you want them to be brave with their opinions and honest in their feedback, and how it’s going to be challenging in the beginning.

Explain why this change is necessary and that you need everyone in on this to make it work. When your team knows what to expect and that they’re needed, they would be more receptive to start being vulnerable and build psychological safety.

It can be scary to take the first leap in the team. As a leader, you have the power to encourage them to start taking interpersonal risks.

Talk to your team members one by one and ask them questions to bring them out of their shell. Think of it as trying to get an extremely shy person to open up.

And when they do answer honestly, listen. Take their words seriously and respond with empathy. Keep doing this and your team would soon learn that it’s okay to be honest and open, that it’s safe to be vulnerable.

3. Don’t blame, but focus on solutions

Building psychological safety means admitting mistakes. This is what most people fear.

When a team member starts to muster up the courage to admit their mistakes, they’re trusting you and the team by leaving themselves in the open.

It’s important for you as a leader to acknowledge this. Don’t blame them further and say “this is your fault.” They’re already feeling terrible about that, and that’s just going to push the team into the anxiety zone.

Instead, focus on the solutions. “Where can we go from here?” “What can you do to turn this around?” “What can we do to help you do that?” With this, your team will learn that it’s okay to admit your mistakes.

4. Be vulnerable in front of your team

Leading change towards psychological safety should start with yourself by setting the right example.

Most managers are afraid of being seen as soft or weak, but the best leaders are not afraid to be open and show their vulnerability to the team.

Ask for feedback and take criticism openly. If you made a mistake, admit it. Start being honest and your team will follow.

After all, you’re only human and we make mistakes. Show that you’re human so that your team feels more comfortable approaching you openly. Soon, your team will learn to feel safe to be honest and offer critical feedback with each other.

Maintaining a culture of psychological safety

With psychological safety, your team would be more engaged, encouraged to be creative and take risks, and perform much better.

It’s a tricky thing to maintain a culture of psychological safety, since a single toxic person can easily slump your team into the anxiety zone. Hence, it’s important to be careful and not hire the wrong person into your company.

With scientifically proven psychometric assessments like Dreamtalent, you can know the toxic risks of candidates early on, so you can avoid making the wrong hires and thus build a strong culture of psychological safety.