How To Do A WIFLE Meeting: What I Feel Like Expressing 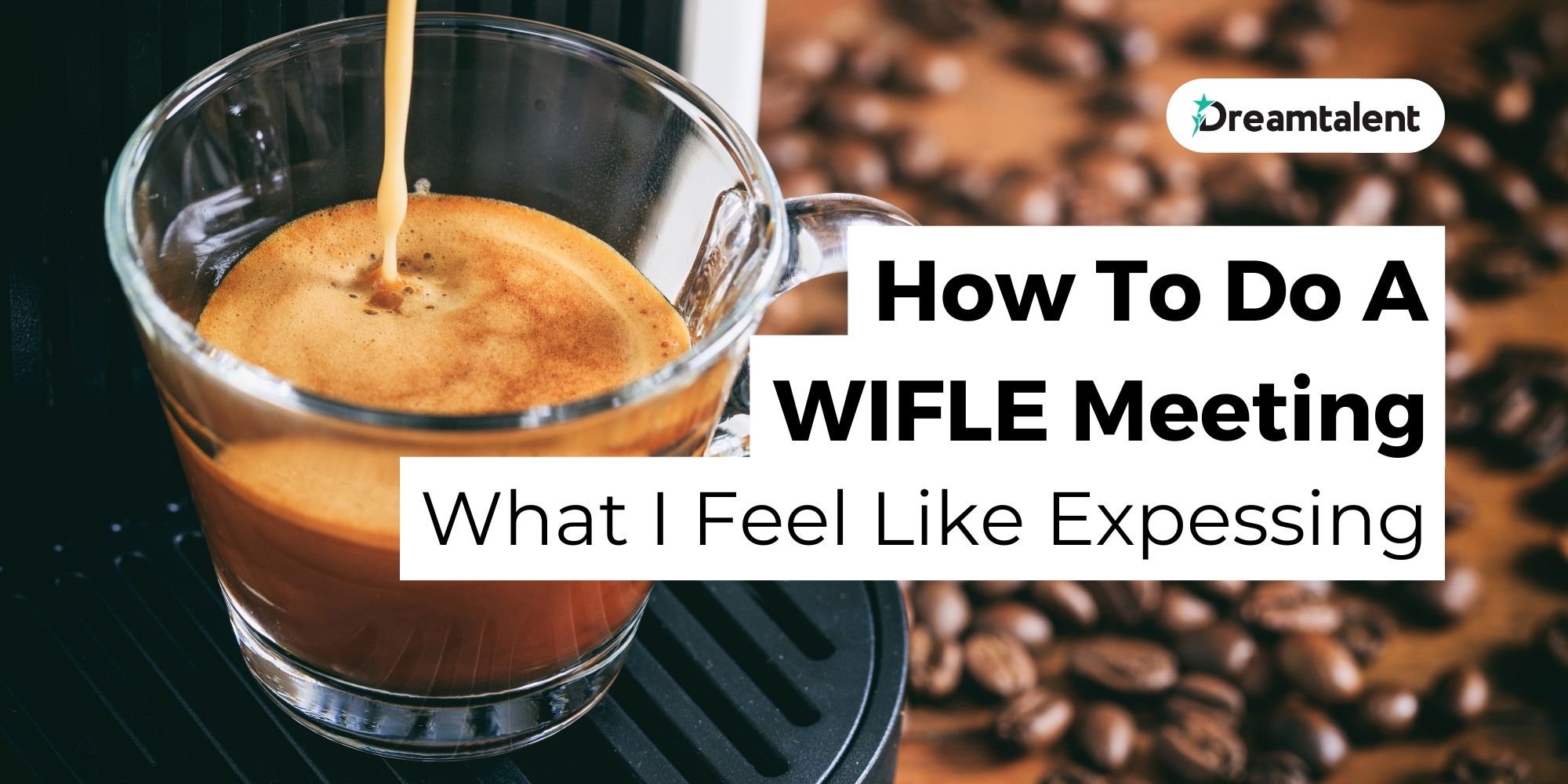 Business owners and team leaders should already be familiar with stand-up meetings: quick meetings in the morning where everyone gives updates on progress and plans for the day. Since everyone is standing up, nobody wants to drag it out so it’s done fast.

It’s just like how you drink espresso in Italy: stand by the bar, down your shot, then continue with your day. Quick and easy.

WIFLE stands for What I Feel Like Expressing. It’s designed not only to give quick updates on work, but also to bond your team closer together.

Most of us may think that personal feelings don’t have any place at work, but it’s actually the other way around. A team member’s worries or problems would distract them at work and this affects the team’s performance.

WIFLE is a way to introduce radical honesty and psychological safety into your team. It encourages your team members to be more open and more understanding towards each other, and grow closer not only as co-workers, but as individuals.

Simple. First, gather your team standing in a circle (with appropriate distancing, or virtually).

Then appoint a person to speak what they feel like expressing. It can be anything, personal or professional, such as:

The most important thing is to let them speak without interruption. Why? To build psychological safety.

Psychological safety exists when team members can feel safe to be vulnerable: such as when suggesting ideas, asking for help, or admitting mistakes — things that we are afraid to do in public.

WIFLE provides the space for your team members to express themselves honestly. This lets other team members, and you as the team leader, to know more about your teammates and be able to understand them.

After everyone had their chance to speak up, comes the second round: to express honest thoughts (and any grievances) about other team members. We tend to hold back our words in fear of causing conflict or offending someone, but that will only lead to unresolved issues. This is the chance to clear everything up.

During this time, it’s important to focus on constructive criticism, not bringing others down. WIFLE sessions are supposed to help team members be honest, open, and more understanding with each other, so it’s up to you as team leaders to make sure it’s done properly.

What can WIFLE do for my team?

When done right, WIFLE can turn a group of co-workers into a real tight knight team. By introducing psychological safety, team members now feel safe to be honest with each other and clear up any potential misunderstandings before they happen. As a team leader, you will be able to understand your team members on a personal level, too.

Psychological safety also encourages your team to express their ideas and give input and feedback without hesitation, which overall makes you perform much better and much more cohesive as a team.

It’s recommended to do a WIFLE stand-up meeting once a week (usually Monday) or twice, at the start and at the end of the week. It’s not only a creative way to mix up those boring meetings, but to actively foster a positive company culture for your people.

o start by asking yourself: what do you feel like expressing today?